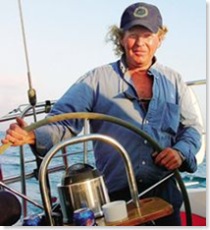 I’ve had the pleasure to help a group of community volunteer leaders launch a new nonprofit in my hometown of Mattapoisett, MA. The Mattapoisett Community Sailing Association was founded to accomplish a number of worthwhile objectives.

The real catalyst for MattSail was the death of Billy Mee, a fixture on the Mattapoisett waterfront and friend of many. The organization’s first program was named the William E. Mee Youth Sailing Program in order to honor his legacy as an expert sailor who introduced a lot of area residents to the sport and his passion.

MattSail teaches young people how to sail and with that comes some important life lessons about the value of teamwork and leadership.

There was a great article about MattSail and Billy Mee in yesterday’s(August 27, 2007)  New Bedford Standard Times written by Laura McLean (photo credit). Earlier in the year, Paul Kandarian wrote a nice piece in The Boston Globe.

From concept in January 2007 to running a pilot program teaching 16 young people how to sail in July and August 2007 to organizing their first fundraising gala with nearly 300 attendees also in August 2007, MattSail has been on a remarkable voyage. Borrowing from Margaret Mead:

Never doubt that a small, group of thoughtful, committed citizens can change the world. Indeed, it is the only thing that ever has.

MattSail’s future is promising and exciting!