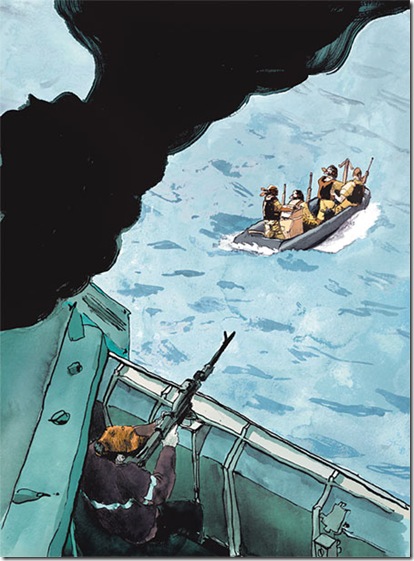 While Captains Feathersword and Jack Sparrow may present a friendly face to piracy through kids TV and blockbuster movies, the reality is that modern day pirates are no kidding matter. Make no mistake about it, pirates range from petty thieves to ruthless terrorists but in the end they are all dangerous criminals.

Burnett compares France’s recent show of force in successfully handling the hijacking of the French luxury cruise ship Ponant off the coast of Somalia to the British Foreign Office’s directorate to the Royal Navy not to detain any pirate because doing so would violate human rights. Pirates can claim UK asylum – The Sunday Times (UK) April 13, 2008.

High seas piracy remains a big problem for mariners around the world. Here’s a link to the International Chamber of Commerce’s International Maritime Bureau’s Weekly Piracy Report which demonstrates the frequency, seriousness and breadth of this issue. Below you will find their 2008 High Risk Areas. (Click here for direct access to map.) 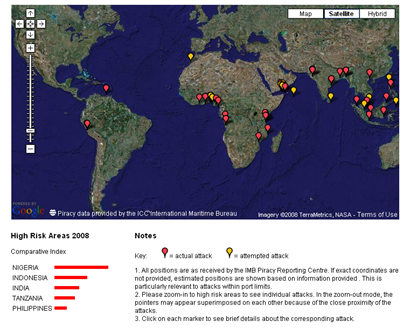 It’s difficult to understand and tough to swallow the British Foreign Office’s position on piracy. It’s doubtful that a similar position has been established for would be airline hijackers or subway bombers. Why would a current sea power who in previously eras worked so hard at eradicating piracy across the globe express a position that appears to go soft on contemporary pirates (aka terrorists)?

I’m all for protecting human rights, but this doesn’t send the right message to the good men and women who sail the seas advancing maritime commerce or other important global interests.