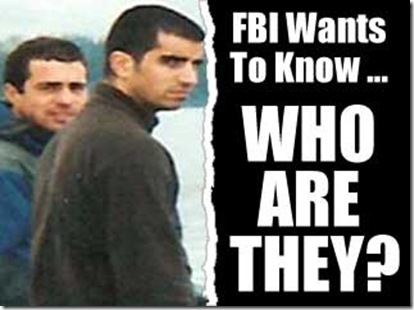 You might remember the scare last summer about two possible international terrorists scoping out opportunities for mayhem and destruction aboard the Washington State Ferries. The captain of the ferry snapped a picture of the duo and provided it to the FBI who then released it to the international media. This created a bit of a hubub about racial profiling.

Well, take down the APB, it turns out that these guys were tourists, not terrorists.

“Where these gentlemen live, they don’t have vehicle ferries. They were fascinated that a ferry could hold that many cars and wanted to show folks back home,” FBI Special Agent Robbie Burroughs said Monday. (Seattle Times)

Who could blame them? Car ferries are pretty cool.

What worries me is that a bad photo like that would make me look as much like a terrorist as these 2 innocent software consultants who were just enjoying an afternoon on a boat in the beautiful Pacific Northwest.