If you write a maritime or any other type of blog and are not participating in Blog Action Day 2008 Poverty, please consider linking to this post. Thanks.

Today is Blog Action Day 2008. This year’s theme is Poverty and in the maritime world you don’t have to think to hard about where poverty resides.

Southern Asia is notorious for it’s shipbreaking industry where governments allow unscrupulous businessmen to purchase dying ships which are then scrapped by teams of poorly trained and equipped workers for a few dollars a day. The conditions, as Bob Simon reports in the following 60 Minutes segment, are about as close to hell on earth as you can get.

Several professional photographers have tackled this subject with increibly powerful images including Edward Burntysky Shipyards, Building and Breaking, Brendan Corr’s End of the Line, and Sebastiao Selgado’s coffee table masterpiece Workers. However, there are also some powerful images posted on Flickr.com that convey the incredibly hazardous conditions which threaten these workers. 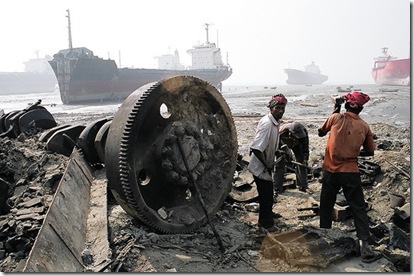 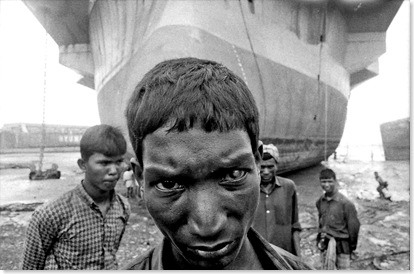 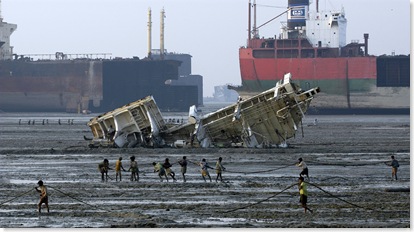 Shipbreaking by the International Metalworkers Federation:

Unfortunately this human and environmental crisis is not going to be solved anytime soon and at least not until first world governments step and take responsibility for the full life (and death) of ships that carry their nation’s goods.