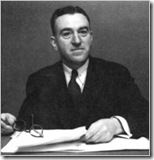 The Sunday New York Times for November 2, 2008 reported the death of C.W. Spangenberger, the last president the Cornell Steamboat Company. I wasn’t familiar with Mr. Spangenberger but his obituary was fascinating and I encourage you to read it.

Clarence W. Spangenberger — who died on Oct. 21 in Rhinebeck, N.Y., at the age of 102 — was the last president of what for many years, with its more than 60 vessels, was the largest tugboat company in the United States, and maybe the biggest in the world.

Read about his fascinating life here.