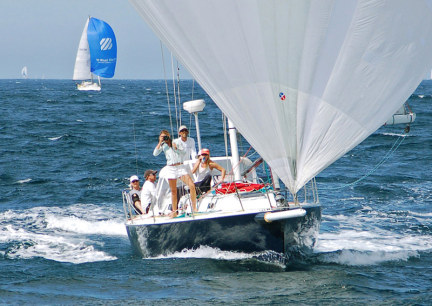 Last week, a cruiser relived the fateful last bit of Moby-Dick—but with a happy ending. The J/World had just checked into the Baja Ha-Ha, a two-week rally down Mexico’s Pacific coast, when it encountered a pod of whales, at least one of which attacked the boat’s rudder and opened a hole in the hull.

The J/World sank within five minutes, but all five crew members survived, thanks to two hand-held VHFs they managed to salvage in the scramble for the lifeboat. Just think, if the Pequod had had VHFs … nah, the same thing would have happened.